– During 2017, OWLA began a formal project of sampling the lower parts of streams and tributaries flowing into Owasco Lake

– By way of comparison, Total Phosphorus (TP) in the lake itself averages 15 µg/l and nitrate compounds average around 500 µg/l. 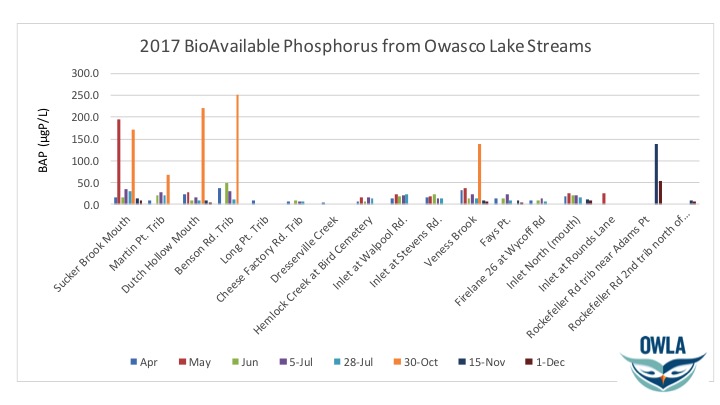 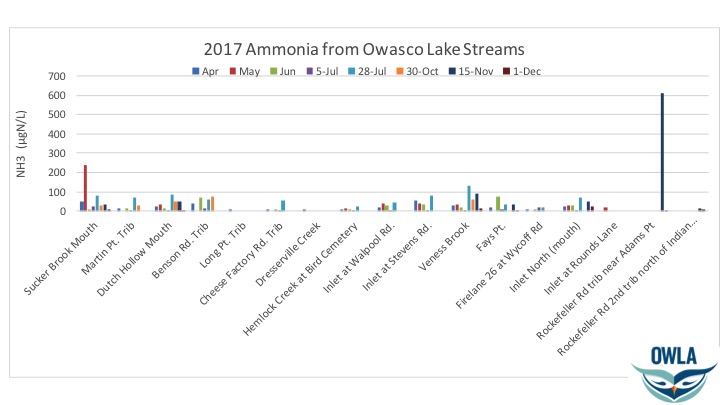 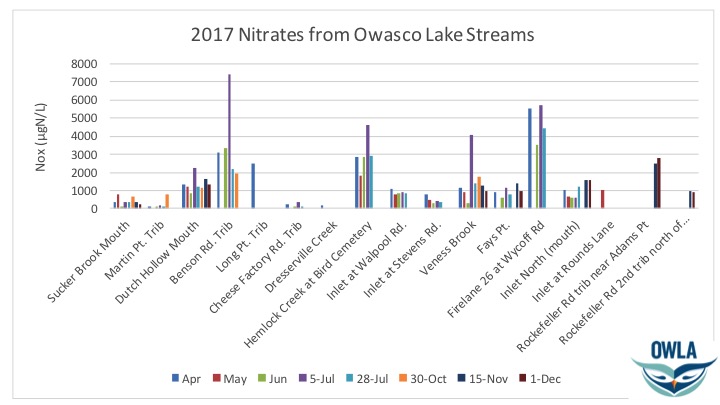 What can you do to HELP?

Protecting Owasco Lake is essential to the maintenance of our community character and the improvement of our economic future. We encourage everyone to help the Owasco Watershed Lake Association personally and/or financially. By this commitment you will help keep Owasco Lake clean and safe.
Join OWLA
Volunteer
Donate
Sponsor